The second book of the 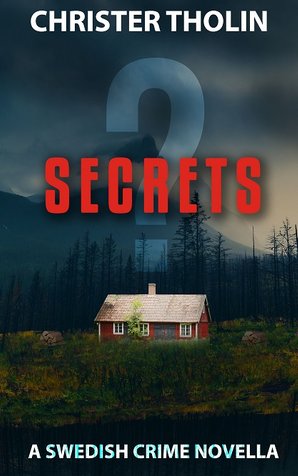 Narrated by Edward J. Beesley with distinct voices and complemented with sound effects.

Can be ordered from many online shops.

"Damn! She’d made a big mistake. There was no way she could get out of here, and they were going to kill her."

In the crime novella SECRETS?, fledgling private investigator Elin Bohlander takes on what looks like an easy assignment — at first: to determine if her client’s boyfriend is having an affair with another woman. To do this, Elin follows him to a secluded cabin in the woods, where she soon discovers that what’s actually transpiring is stranger than anyone thought. Having ventured too far, she’s stumbled upon a hornet’s nest and put her life at risk. But it’s too late. Can Elin win the unequal fight against a gang of brutal child molesters?

SECRETS? is the second, standalone book from Christer Tholin’s Stockholm Sleuth Series. In the previous novel VANISHED?, Elin and her colleague Lars solve their first case together.

Secrets?: A Swedish Crime Novella by Christer Tholin is the second book in the Stockholm Sleuth Series and it has suspense, intrigue, and mystery that will catch the attention of readers and keep them glued to the story till the end. Elin Bohlander has been working at Secure Assist for the past two years. Though her boss, Tobias, had promised to groom her to work in the field as a private investigator, he had not yet given her a single assignment. Elin decides to set herself a deadline that if her job shows no change by the end of the year, she would quit. Things take a different turn after Elin meets Helena, who tells her that she is worried and suspicious about her boyfriend, Markus. Is he having an affair? Elin starts planning her surveillance of Markus, and that takes her to a secluded cabin in the woods. Is Elin putting herself at risk? Will this case change things between her and Tobias, and will Tobias let her work as a detective?

This book, though the second in the series, is a standalone read and tackles the topic of child abuse and child pornography. The story has action, twists and turns, suspense, intrigue, and mystery and will give readers a sense of urgency to find out what is going to happen to Elin when she is caught by Markus and his gang. The detailed narration gives a good pace and movement to the story and will take readers right into the scenes. I like the way the author has developed the plot of a cheating boyfriend case into that of something intriguing and relevant in today’s times.