The third book of the 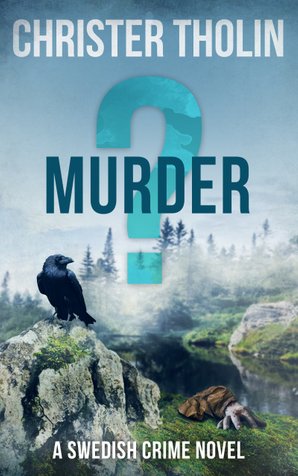 "She just wanted it all to be over - only no pain anymore."

Christina’s idyllic existence with her husband Patrik comes to an abrupt end when Patrik suddenly vanishes from their suburban home in Stockholm. Christina is precipitated into a hellishly desperate and anguished search for Patrik – which after six weeks turns up nary a trace of him.

At her wits end, she contacts local sleuths Lars and Elin, who, after a brief investigation, reach the conclusion that Patrik simply decided to abandon his cushy existence to embark on a new life –without Christina.

Lars and Elin ultimately trace Patrik’s movements to the wooded wilds of northern Sweden, but too late – he’s found dead. The police rule his death an accident, but Christina thinks otherwise – and so she asks Lars and Elin to do a thorough investigation of the circumstances surrounding Patrik’s demise. Was his death really accidental, or was foul play involved? And was the mysterious Natalia somehow implicated?

Unfortunately, none of the countless leads that Lars and Elin follow up gets them any closer to solving the mystery of Patrik’s death. But then they get a startling break that results in Christina having to make a tricky and extremely consequential decision that plunges our three protagonists into a life or death struggle.